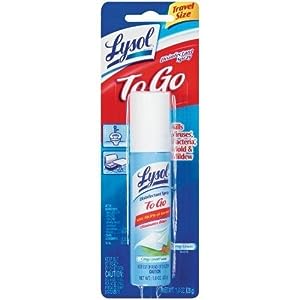 Downtown Mantorville is the kind of place you can look in every direction and feel as if time stopped over a century ago. That’s probably why the downtown’s entire twelve blocks were put on the National Register of Historic Places in 1975. When my wife Melissa and I arrived on Main Street at 10 o’clock on a Saturday morning, we stared in awe at the beautiful stonework surrounding us. Most of the buildings were constructed in the late 1800’s of locally quarried Mantorville limestone, which gives them a unique golden glow.

We first walked down Fifth Street to the stunning Mantorville Opera House. Built in 1918, it continues to stage locally produced melodramas presented by the Mantorville Theatre Company, where the audience is encouraged to boo the villain and cheer the hero. We noticed people wandering in and out, so we peeked inside. A beautiful curtain hung above the old stage, and with its assortment of vintage seating, it was easy to imagine ourselves watching an old vaudeville act or dancehall girls high-kicking on the stage.

Jim Jencks, manager of the MRA – Mantorville Restoration Association – saw us poking around and introduced himself.

“Would you believe we bought this entire building in 2000 for only one dollar?” he asked.

The city sold it for that tiny sum due to the high costs of heating and maintenance. The MRA has done a fantastic job fixing the place up. They hope to turn its long neglected basement into meeting rooms and shops.

Jim was eager to show us other properties owned by the MRA. A short walk up Main Street brought us to the Restoration House. Built in 1856 as a residence, it also served as a Court House. Now it’s refurbished to its 1865 appearance and is full of interesting artifacts. The basement still contains the only jail cell in Dodge County. When I saw the 6-1/2′ x 6-1/2′ x 4-1/2′ steel cell, I promised Jim we wouldn’t break any laws while in town.

Jim also showed us a quaint carriage house and an old log cabin once used by the barrel maker of a brewery whose ruins can still be seen tucked against the side of a nearby hill. The MRA hosts tours of many of these buildings during the summer, with costumed guides leading the way.

Our stomachs soon informed us to do something about the wonderful odors emanating from nearby Hubble House Restaurant. We thanked Jim for his impromptu tour and set off for this world-famous eating establishment that has served the likes of Ulysses S. Grant, Fred McMurray, Roy Rogers and Mickey Mantle. The late 1800’s ambiance was wonderful, and the food was even better. Melissa enjoyed a roast beef sandwich, while I tried the sirloin. Their onion rings were the best we’ve tasted anywhere.

After filling our stomachs, we crossed Fifth Street to the Chocolate Shoppe. Wonderful smells and colorful displays of treats delighted our senses. Run by mother/daughter team Lynne Kenworthy and Lynette Nash, our mouths watered as they hand-dipped hunks of caramel and pecans into a large vat of freshly made chocolate. “Turtles are our best seller,” Lynne informed us. After tasting one, I could see why.

We ended our day at Riverside Park. A picturesque covered bridge spans the Zumbro River in the background. The weekend after Labor Day, the park bursts with activity during Mantorville’s annual Marigold Days, when artists, vendors and performers from all across the state come to celebrate this unique town that seems frozen in time.

Things to see nearby:

Close to Mantorville is the town of Wasioja, where the ruins of seminary still stand. Built in 1858, nearly all of its students who were of fighting age left in 1862 for the Civil War. Most never returned. Take Hwy 57 (Main Street) north and turn west on County 16 for three miles to see the seminary’s ghostly remains.

Less than a half hour east of Mantorville is Rochester, where you can take a free tour of the world-renowned Mayo Clinic. Take Hwy 57 south and turn east on US 14. Travel 14 miles to Rochester. Tours are offered at 10 a.m. Monday through Friday and begin in the Mayo Building, Judd Auditorium at subway level.