The Newest Home Electronics and the Latest Travel Gadgets of 2010 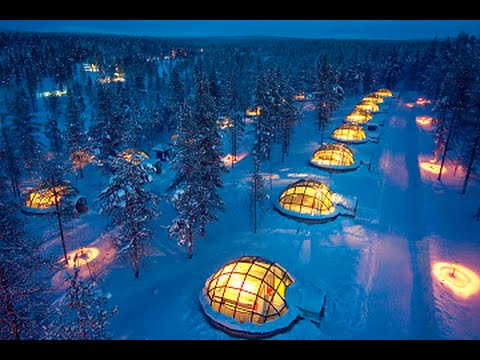 It is only the first of the year, 2010, and already another enormous array of electronic innovations is being introduced at the 2010 CES EXPO. It never fails to exhilarate me to know I am about to plunge into a gathering of all of the latest and greatest electronic gadgets man has produced over the past 12 months, since the 2009 CES. One can never be completely prepared for the insurmountable number of products that were presented at this global event. There were over 2800 companies represented and over 20,000 new products, with over 120,000 attendees.

The Jan 13, 2010 edition of CEA published the following article, New Rules of Business: Women in Business. Here is an excerpt from that article:

“With 40% of the nation’s businesses owned by women, representing 16% of jobs in the U.S., these firms have a major impact our economy – approximately $3 trillion. According to the Center for Women’s Business Research, these firms grew at twice the rate of other segments between 1997 and 2002, and have continued to keep pace. And I can only see continued growth in their contribution, especially as many women are starting “side businesses” to bring in extra income during the recession. Still, they can face more obstacles to success – including access to capital and markets and managing work-life integration – than many of their male counterparts. They invite you to join them February 17-18, 2010, in Houston on a discussion on “The New Rules of Business for Women Entrepreneurs”.

Featured were all of the up to date traveling gadgets, as well as anything that the mobile business exec or vacationer could utilize in their quest to remain in touch with friends and families, associates and customers. From easing the work load to cutting costs on communication and production. From cell phones to VOIP internet access, smart computers to tablet computers, mini storage devices, mobile chargers and an abundance of new games and equipment.

We reported last year on several inexpensive ways to communicate around the world for pennies, including Skype and Magic jack. Now Panasonic and LG are producing TV’s with built in internet and Skype, a camera and a microphone. From the comfort of your own couch you will be able to have video calls to family and friends on large TV’s while munching on your favorite snacks.

See also  How To Keep Steel From Corroding

Netbooks are being replaced with Smartbooks, mini-computers, and Tablets, with faster and longer battery life being the key to this new stylish and efficient computer. Lenovo has a 10″ Smartbook with 3G and a 10 hour battery for $499. Many other prices are down though, with a full computer inside a keyboard form $99.00 to an array of small computers from $150 and up. And don’t forget the most important item, backup. DataJack has unlimited nationwide 3G internet access available via a USB modem ofr $39.95 with no contacts or activation fees.

Worried about data loss or computer crash? “Crashplan” will back up your entire computer, programs and files, on the internet for as little as $3.50 per month, with instant access from anywhere.

Video eyewear is now the travel gadget of choice when it comes to viewing movies or TV on the go. With an 80″ virtual 3D screen and stereophonic sound, this allows you to literally take the show on the road. Camera eyewear also allows you to film any events you are watching through Vuzix’s new series of “Wrap” Video Eyewear, starting at $70, these are great for your kid’s games or just catching those memorable moments while they are happening.

International Supplies has two versions of Video Goggles and the ALL-In-ONE, an 80″ virtual LCD TV Screen and a 50″ virtual screen. A true mobile theater with 3D, stereo sound and lots of memory expansion. The wireless remote makes it like a movie theater and personal entertainment center anytime and anywhere.

Zomm, has a unique device due this summer that vibrates and flashes if you stray too far from a Bluetooth phone that you paired it with. Zomm’s creators bill it as the first “wireless leash” for cell phones, designed to keep you from losing your handset. It is presently priced at $80.

The most innovative product that could change the way you send documents is the “Duo”, a revolutionary new Omni-directional Transmitter with built-in Infrared. It allows you to attach it to your computer screen and type, write or draw directly on all documents. Need to sign a contract or other item requiring a signature, just write it directly on your screen and send it via email. A USB plug ‘n play device that also operates as a mouse and a virtual keyboard. At $120, it fits in your pocket.

Home of the future is now! Remotes that control 100 devices, display internet info on-screen control HVAV, curtains, mobile and home PC’s, your lighting, music and streaming video around the house.

For you home based and small business entrepreneurs, Broderbund has released Print shop 2.0, the easiest and fastest way to produce all of your printing and photo needs with over 150 wizard design tools in less than 5 minutes each. You can create business cards, signs, brochures, press releases, ads, web campaigns and more. Never has it been simpler to create all the printing needs in less time than it takes to print it. Available in standard, deluxe and professional, any one of these choices will be a bonus to your business.

Reading is on the rise! With the ability to store more than 1,400 books in two GB of memory, E-books are flooding the market, with an assortment of wireless, non connected and mixed use books, with dual screens and color displays. Many come with voice recorders, MP3 players, personal organizers, schedulers and memo pads. There is also E-reader and netbook combinations, with an E ink screen on one side and a color touch screen on the other. Prices range from $200 to $500, but should come down with all of the competition arising from everywhere.

Are you ready to create your own home movies with a touch of a keypad? With Muvee’s () new “Reveal” software, creating movies is as simple and easy as taking the pictures themselves. Just add water, it’s as simple as that. From inserting pictures, music, and picture transitions, with the press of a button you will have an instant home movie that you can send to families, friends, Youtube, Facebook, Twitter or your favorite Hollywood producer. Now’s the time to bring out all those old pictures, videos and slides and make your own movies to preview to the world.

Thinner TV’s, 3-D TV’s, mobile TV’s and cell phone TV’s are becoming common place. Flat screen TV’s thinner than a dime are available immediately. 3-D television shows are already out with more coming every day. Cell phone TV is growing in leaps and bounds and mini TV tuners are available for hookup to anything with a screen.

Tired of those sky high electric bills, but not sure what is causing the most increases. P3 International has come out with the “Kill A WattEZ”. Just plug it into your outlet and then plug in any appliance and it will tell you how much, in kw hour and cost. Replace all of those old appliances that are draining your power.

On an even healthier note, the electric cigarette is growing enormously in popularity. With no tar or harmful second hand smoke, these can be enjoyed anywhere, since there is no tobacco or harmful carbon monoxide as in traditional cigarettes. You simply replace the filter every 300 puffs or so with a new filter, availability in varying nicotine strengths. Less offensive to others and healthier for you.

On a more personal note, a company named Intellius has devised a “datecheck”, which is a FREE service that allows you to go on line on your cell phone or netbook while out and immediately check up on someone you have just met and need to know what type of person they are. For a small fee you can get a more in-depth report on anyone also.